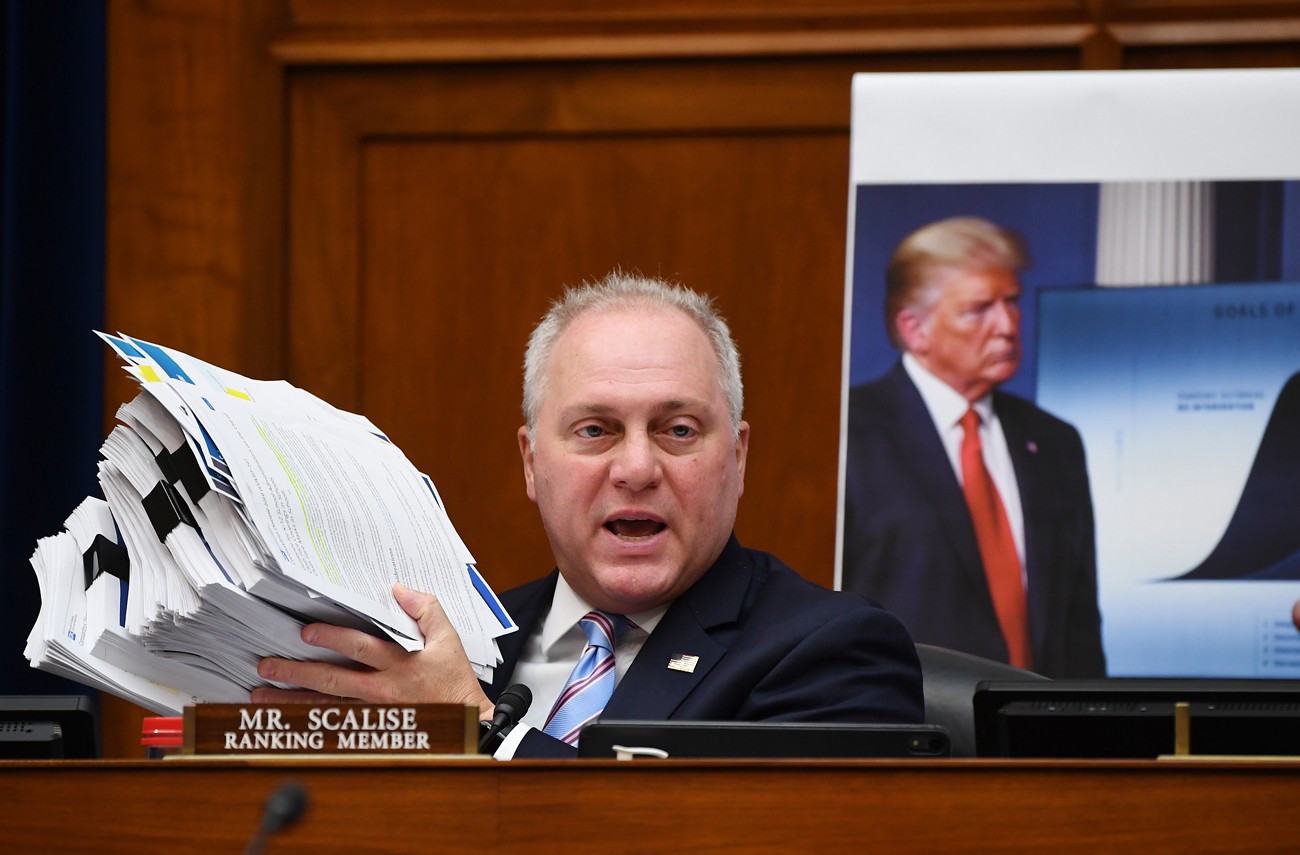 Good Afternoon, Portland! In some respects, I think the giant crane over the Kerns Neighborhood might make a good mayor—if we can't get a disgruntled goose to run. Let's hit the news!

IN LOCAL NEWS:
• The Portland Police Bureau announced a policy update this afternoon, related to a practice the bureau has recently followed that seemed to be in violation of its own rule on releasing information about officers who use dead force. It had long been the bureau's policy to release the name of the involved officer within 24 hours of the incident,. However, since July, PPB has witheld that information, citing threats of doxing. A new executive order made by PPB Chief Chuck Lovell extends that time frame to 15 days. Mercury News Editor Alex Zielinski explains the matter further.

• A new estimate projects that the replacement I-5 bridge connecting Portland and Vancouver will cost 56 percent more than the 2020 cost estimate. Isabella Garcia reports:

The long-planned replacement of the Interstate 5 bridge connecting Portland and Vancouver is expected to cost between $5 billion and $7.5 billion, new project estimates show. https://t.co/GVrhhDubQq

• I got fairly excited about this Oregonian headline: Oregon’s top doctor sounds alarm on spread of respiratory viruses, because WHO IS OREGON'S NEXT TOP DOCTOR? But it's just the state epidemiologist.

• According to the Associated Press, Oregon is "awash in illegal marijuana"—which sort of sounds like a nice fetish. Kind of a mood killer: Oregon lawmakers are now looking at toughening laws against the outlaw growers.

• Our sister pub The Stranger puts out a great labor round-up, weekly. The top portion is more focused on Seattle labor stories this time around, but a little further down, Conner Kelley dips into a Eugene Starbucks walk out, Delta pilots winning raises, Buzzfeed laying people off right before the holidays, Janitors striking at Twitter, and much more.

• Read a little about the local animators who worked behind the scenes on Guillermo del Toro's Pinocchio—maintaining the set's Puppet Hospital, and even building Pinocchio's bones.

• We love films about DB Cooper—the hijacker who jumped from a plane with his ransom in 1971 and was never heard from again—and we will happily watch movies about him. But the new documentary I Am DB Cooper is a stone cold nothingburger.

• Who's ready to snack all weekend? The Pearl has a new ice cream scoop shop, Gigantic Brewing launched an all-ages pub, and Magna Kusina chef Carlo Lamagna announced an upcoming venture in Beaverton. Read all about that and more in this week's Mercury Food News!

• Fucking goddamnit. This afternoon, Sunshine Noodles chef Diane Lam announced that the Cambodian-influenced noodle shop will close its doors on December 18. "I am very excited to say that I’ll be relocating to San Francisco and am looking forward to continuing my passions there with hopes of returning in the near future," Lam wrote on her restaurant's social media.

IN NATIONAL / INTERNATIONAL NEWS:
• As respiratory virus cases continue to rise (see Isabella Garcia's explainer), and overwhelm hospitals across the nation, New York City has joined other concerned metro areas in recommending residents wear masks when they are within indoor public spaces. Let me stop you there, Greg. No one is making you. It's just what you would do if you were concerned for others, but that's always been one of your shortcomings, so.

• The House Select Subcommittee on the Coronavirus Crisis released its final report today—stating in clear terms that "President Trump downplayed the seriousness of the looming crisis," and his administration "failed to develop and execute an effective strategy to combat the pandemic." The report goes on to explain how Trump failed to heed advice about how to adequately prepare for the imminent emergency, failed to coordinate with public health officials, failed to curb the spread, and also failed to implement basic safeguards against fraud in subsequent responses.

• It's easy to focus on the reporters and editors striking for fair wages at the New York Times, but the New York Times Guild also represents security workers, IT specialists, and other admin staff. The City spoke to some of those employees, including a guard who had to confront a man wielding a sword and an axe—who was demanding to speak with a reporter—as recently as last month.

Many other newsrooms are bargaining hard for fair union contracts. You can journalism by supporting journalists. Don’t cross picket lines.

• Now, jettison into that weekend, and if someone tells you to stay late, just repeat after Snoop: 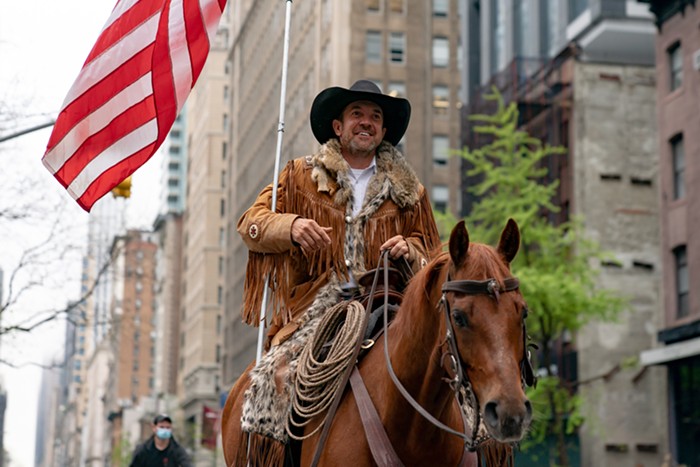 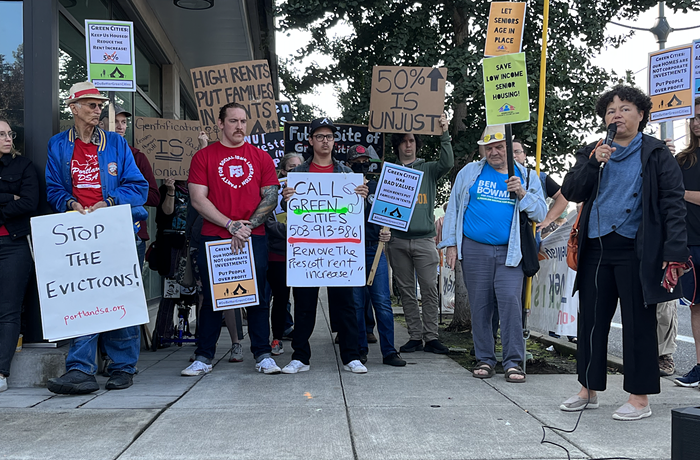 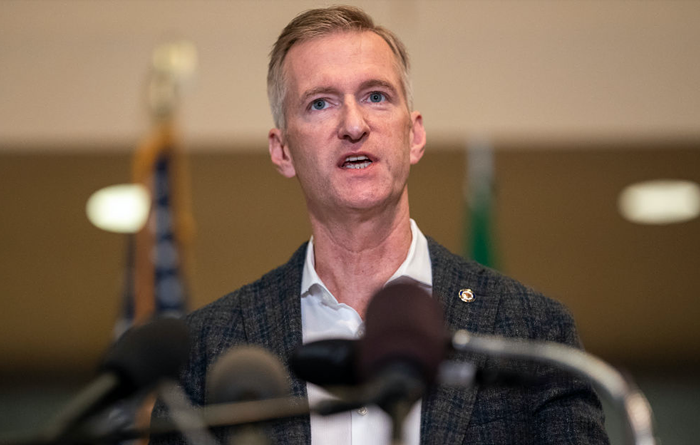