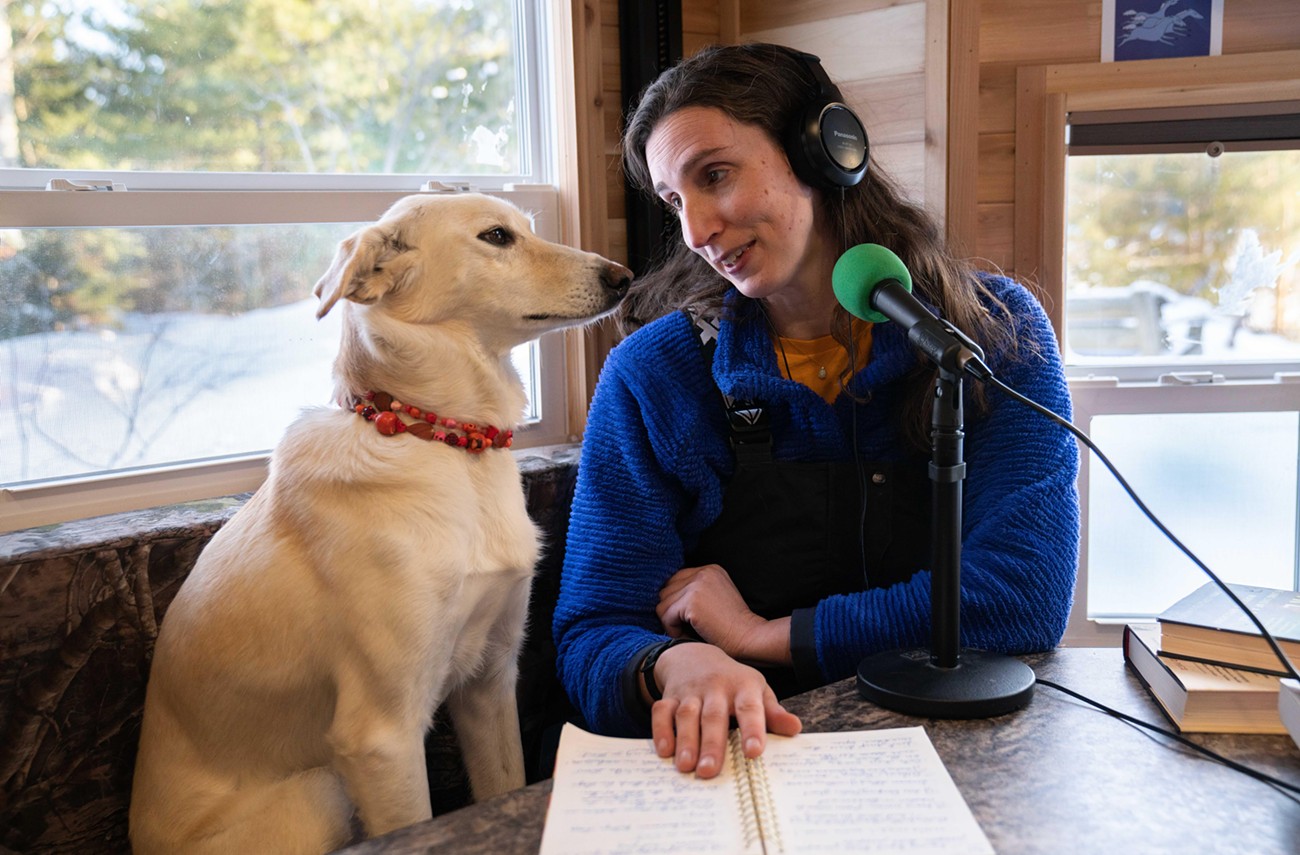 Curiosity is intoxicating. Once latching onto a topic of special interest, it’s easy to spend innumerable hours scrolling down an endless hole of search engine investigations. You likely know the feeling; Sarah Marshall has built a podcasting career on it.

“I would describe You’re Wrong About as a show that tries to be the audio equivalent of those feverish nights you might spend on Wikipedia,” Marshall told the Mercury. “When we started doing the show, one of the things we set out to do was to figure out why we as people misremember history, and with so much information available to us.”

Those flawed remembrances extend to the varied stories of US icons: O.J. Simpson to Ronald Reagan, Anna Nicole Smith to Courtney Love. Folk stories, media heroes, and national scandals are all often scrambled in collective memory.

“I feel like most people who study American history recognize that America has… a real pattern of deep fondness for con artists and demagogues,” Marshall said. “And I don’t know if that is greater than in other countries, although I suspect it is. I think at a certain point, our culture... became one where knowledge is the enemy.”

The structure of You’re Wrong About, in which Marshall presents minutely researched reconstructions of these stories to an eager guest, and invites the listener to both gain knowledge about new topics and re-examine their preconceptions of stories they thought they knew.

“I think I have always understood the appeal of the show as: You get to hear two people respectfully and excitedly talk about something that at least one of them really cares about,” she said. “Probably by the end of the conversation, both of them are pretty invested in [it].” This, of course, extends to the audience as well.

Originally, Marshall co-hosted the pod with fellow journalist Michael Hobbes. The duo not only shared a penchant for research—in 2015, the Mercury profiled Marshall as "Portland's foremost Tonya Harding expert"—but also for giving voice to the misunderstood." Many episodes of that era—like the O.J. trial and Monica Lewinsky—aimed to shed an empathetic light on the victims of cruel media narratives. Hobbes left in 2021 to focus on his other podcast, which he co-hosts with Aubrey Gordon, Maintenance Phase. Marshall has continued to speak revisionist truth to power with a new array of guest hosts.

“[Hobbes] and I together had such a particular quality that I knew I wasn’t trying to replicate,” she explained. “Most essential to the show was just having that… chemistry available.”

Marshall's guests are frequently fellow podcasters and journalists, like Chelsey Weber-Smith of the American Hysteria pod, or Rachel Monroe, a frequent contributor for the New Yorker. Invariably the guests are good listeners, willing to dive in with Marshall wherever the topic may go, and educate her in turn on topics they geek out about themselves.

You’re Wrong About hits the road next week, starting in Marshall’s home base of Portland, at the Mission Theater. This is the first time Marshall is taking the podcast on tour, and she promises “music, comedy, and learning.” Expect recurring pod topics like the Satanic Panic and plenty of wry humor.

“My main goal is just for it to be a lot of fun—in a way that makes me feel connected to other people, to humanity a little bit,” she says. “The point is just to get a taste of it, and see if it's something that we want to continue with.”

Tags: Podcast Comedy Arts Culture
If you enjoy articles like this, please help the Mercury continue our mission of providing up-to-the-minute information, progressive journalism, and fun things to do in Portland by making a small recurring monthly contribution. Never forget: Your help is essential and very much appreciated!
CONTRIBUTE NOW