Hear ye! Hear ye! It's the latest gossip from home and abroad in this week's THE TRASH REPORT! Hello, my sweet trash pandas! Another week is behind us, lost to the dusty chasm of time. Alas, another week is on the horizon, ripe with possibility! Will you live your best life yet? I hope so! For me, though, I'm going to focus back on that dusty chasm of time thing I was talking about. Specifically, all the garbage that fell into the chasm. Gather round this crackling dumpster fire and listen to my tales of trash.

Portland was graced by the POTUS last weekend, which was very exciting! It was a whirlwind visit of photo ops and junk food that brought entire sections of the city to a standstill as his motorcade made its way around town. Honestly I don't know how Washington D.C. can handle it with him there all the time. Does he just like, have his own streets? So they don't have to worry about clearing them? Anyway, the President's first stop was a phone bank at SEIU Local 49, located at SE 26th and Powell. This intersection might sound familiar to you because it's where Portland chef Sarah Pliner was struck and killed while bicycling last week. Just the day before Biden's visit, the intersection was lined with protesters forming a human barricade to call attention to safety concerns and I really wonder what would've happened if they were also there on the day of Biden's visit! Would the Secret Service have had to clear them off the street? Clearing protesters is not a good look! But neither is a giant motorcade of heavy duty vehicles navigating a crowd who aren't exactly jazzed on traffic. Totes awks.

Alas, this did not happen. Things went pretty smoothly. Joe brought Sesame donuts to the phone bankers at the union hall and if I know anything about working at a union (which I do!) it's that the leftover donuts will be left in the box on a random table and as people walk by they will cut the leftovers into smaller and smaller pieces until 1/8 of a chocolate old-fashioned is sitting there five days later and an overworked staffer throws it away in a fit of rage and I'm glad to have a President who knows what organized labor needs!

Just Give Them Actual Housing?

Mayor Ted Wheeler is planning to crack down on homeless encampments throughout the city by providing every homeless person with a place to live, which is both a humane and cost-effective way to improve the quality of life of every Portlander. Excuse me, what? Oh that was a link from my civic planning fan-fiction group again? Sorry about that! Ah yes, here's the real story: Wheeler plans to consolidate homeless campers into three campuses of 500 people each. Just your classic campus of consolidation. What's another word for consolidate? Concentrate! What's a shorter way to say campus? Camp! All together now: the city is developing concentration camps. Cool. Cool cool cool.

The plan reportedly includes building three sanctioned camps that could each house up to 500 people.https://t.co/MtXo0GjWjr

The January 6th Committee has released more footage from the insurrection, this time showing top lawmakers like Nancy Pelosi, Chuck Schumer, and Mitch McConnell trying to diffuse the situation as it unfolded and as Trump refused to intervene, even threatening to show up at the capitol himself. Pelosi gleefully announced to a camera "If he comes, I'm going to punch him out. I've been waiting for this. For trespassing on the Capitol grounds, I'm going to punch him out. And I'm going to go to jail, and I'm going to be happy." Hell yeah! This is the kind of thing we need to hear all the time! Be mad! I mean, violence is never the answer—Pelosi, an 82-year-old woman who couldn't weigh more than 100 lbs—obviously was not actually going to punch Trump—but I appreciate the appropriate levels of rage. I hope Democratic Congressional leaders remember how warmly we are reacting to Pelosi's statement the next time they're tempted to throw on some kente cloth around and act like it means anything. The fundraising texts would be so lit:

Apparently Brad Pitt is looking for buyers or investors for Plan B Productions, the company he founded with Jennifer Aniston and then took over following their divorce. Lainey Gossip has a thoughtful breakdown of what it all means, which is basically summed up as: Brad needs cash now. As we know, he's years-deep in a contentious divorce from Angelina Jolie; public sentiment has dramatically shifted to her side following leaked court documents in which she details Pitt's alleged physical assault on her and their children during a 2016 flight. Meanwhile, Pitt is "rumored" to be dating model and actress Emily Ratajkowski. I put rumors in quotes because I. Don't. Buy. It. For one, Ratajkowski is an outspoken feminist and I don't think she'd turn on the coven. And for two, the "rumor" came from a "source" that told People Magazine: "She thinks Brad is amazing. They have been on a few dates and she is pretty smitten. She is very cute when she talks about Brad. She thinks he is a gentleman. It's really been the perfect timing for her." Women and women's publicists don't describe themselves as "cute!" I'd bet my shares of a French vineyard that the "source" is none other than Braddy Brad himself. In the words of the great Shania Twain: "Okay, so you're Brad Pitt? THAT DON'T IMPRESS ME MUCH."

Sidenote: I guess my carb levels are dangerously low because every time I try to write "Brad Pitt" I end up writing "Bread Pitt" and even though he's on the bad list now, I would love to see someone attempt a "Bread Pitt" on The Great British Baking Show, à la the 2020 Tom Delonge cake:

Rich investment banker guy Scott Martin recently went on Fox Business news and bitched about how a "nice lunch" at Taco Bell set him back $28. First of all, $28 is just not a lot of money for rich people, so let's get real about that. I'm not rich and I spend $28 every time I step foot outside my home. And "B" of all, Jesus Christ, HOW?!? Martin showed the alleged receipt for his $28 lunch which consisted of a Burrito Supreme, a Nachos BellGrande, a Nacho Cheese Doritos Locos Supreme, a Doritos Cheesy Gordita Crunch, all washed down with a large Mountain Dew Baja Blast freeze. I say "alleged" there because I don't think there's a chance in hell this man actually ate all of this. And I ALSO say fuck a Nyquil chicken challenge, I want to see this lunch go viral on TikTok. HMU if you can make it happen! You will be Trash Panda of the year.

(True story: One time I was the only sober person at a cabin full of drunk and stoned adults and I was sent to Taco Bell with $30 in cash, so I went to the drive-through and ordered "$30 worth of tacos" and they literally told me "no." This was before ordering via app, though, so let's be grateful for all that technology has given us/cursed us with.)

Madonna kinda sorta came out as gay in a recent TikTok video, and honestly the only reason it's become big news is because most people kind of just shrugged it off like, "who isn't gay?" Madonna has been an openly bisexual LGBTQ icon for decades. So... 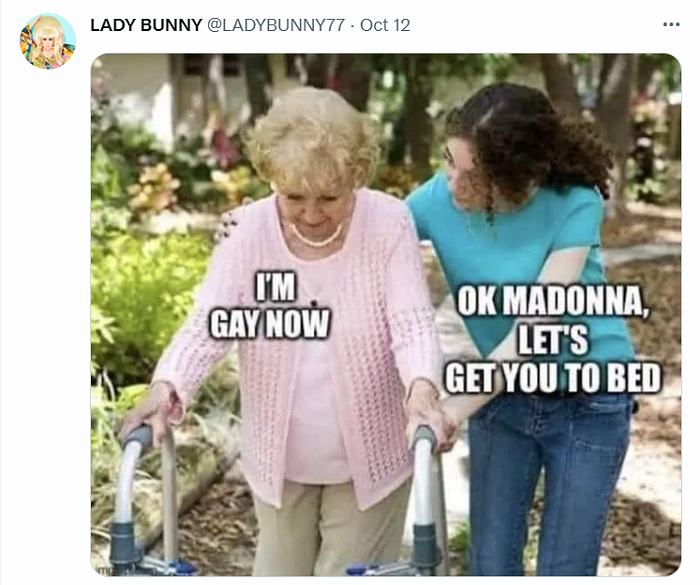 Speaking of being off to bed, that sounds like a great idea! Thanks for spending time with me, and I'll miss you until next time. 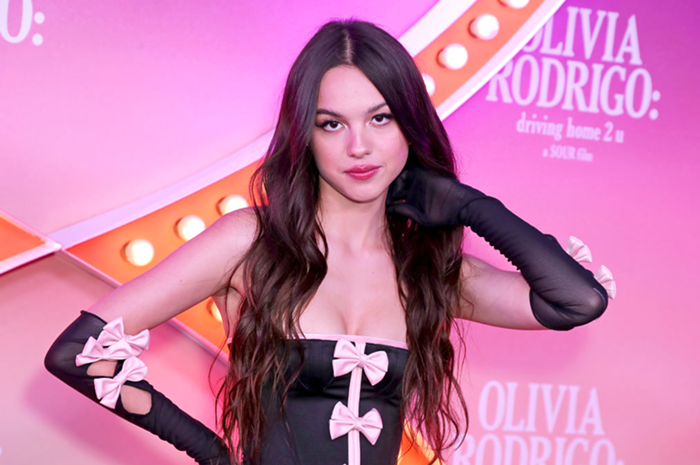