I’m going to take a moment at the start of this column to just be thankful. Portland’s dining scene has its flaws, but in the area of Thai food, we are crazy blessed.

Being optimistic can be tough for a jaded critic like me, but in this case it comes easily. And now, with the addition of three new options—Farmhouse Thai, Issan nights at Paadee, and a Pok Pok that takes reservations—our betel leaf cup overflows.

Farmhouse Thai, opened in the former Nakhon restaurant on Southeast Hawthorne, is the second location of the Michelin-recognized San Francisco restaurant. Owners Kasem “Pop” Saengsawang and Iing Chatterjee have transformed the rooms of this former house into a bright, open space, with splashes of Bangkok throughout, including a tuk tuk at the front door.

Judging from the new location, It’s easy to see why Michelin included the original Farmhouse in San Francisco in its cheap eats guide for the last two years: Outside the exquisite (and much higher-priced) Langbaan, this is the most beautifully plated Thai food Portland has ever seen. Fresh vegan salad rolls ($9.95) are bursts of thick rice paper exploding with greenery, contrasted with a sweet peanut chili sauce and studded with black sesame seeds. And the herbal rice salad ($13.95) is a color wheel of green mango, crispy shallots, lemongrass, and vibrant red chilies around a scoop of the chef’s signature indigo blue rice.

In this case, it’s okay to judge the book by its cover, because the food is uniformly as good as it looks. Farmhouse has basic curries and noodle dishes (the Pad Thai is serviceable), but it’s the specials that make Farmhouse such an exciting addition to an already crowded Thai scene.

It’s fair to say you have not eaten here until you’ve had the panang neua ($25.95), a hulking bone-in braised beef short rib that barely requires a knife, swimming in a deep-orange panang curry that imparts a sweet richness to the meat and soaks into the blue rice served on the side. I’ve seen local chefs write odes to this dish on social media, and rightly so. The crab fried rice ($24.95) has no spice to speak of, but instead does its magic with the mounds of Dungeness crab heaped on the top of rice that’s been fried after being twice-cooked in a lotus leaf, with a bone broth on the side. It’s so damn addictive.

Farmhouse also wades into the busy Thai chicken scene, offering Southern-style Hat Yai fried chicken with curry and roti ($20.95), and a Kai Yang barbecue style ($20.95). Go to the eponymously named Hat Yai for the former, but do order the latter while at Farmhouse—marinated in turmeric, coconut milk, and roasted rice sauce, the bird was so tender, it seemed to fall off the bone by just looking at it.

Even the cocktails are brightly colored whimsies: the Adult Anchan (stellar house-made blue flower limeade with the addition of gin) arrives a beautiful purple, with a plastic mermaid luxuriating on the ice floes.

Wagyu beef rolls ($12.95) were a surprise standout: the juicy Snake River Farms meat rolled around mint, cilantro, lime, and cucumber were snapped up in a nanosecond, and the spice on the fresh maguro tuna larb ($12.95) was the perfect palette pick-me-up before launching into the richer main courses.

While dessert is often not a strong suit at Asian restaurants, the sticky rice with mango ($9) is a satisfying way to end the meal, with a halo of mango sliced so thinly and uniformly that it melts upon contact with your tongue. It had me marveling at the chef’s knife skills.

Side note: While kids like dessert, it’s best to keep the menu away from their eyes. Each features a different dirty joke, like this one: A man comes home from work to find his wife sliding down the bannister. “What are you doing?” he asks. “Warming up your dinner.” WHOA.

Farmhouse is already developing a wait list for tables, so it’s best to go early or make a reservation. But even if you’re stuck on the list for a while, it’s a meal well worth the wait.

For more than five years, Paadee has been holding it down at East Burnside and 28th, while owner Earl Ninsom’s insanely good (and super inaccessible) haute Thai restaurant-within-a-restaurant Langbaan and deceivingly-complicated-for-casual fare at Hat Yai have stolen the show.

Now, with those projects secure (and a second Southeast Hat Yai in the works), Ninsom’s turned his attention to Monday and Tuesday nights at Paadee, offering a menu of uncompromising Northeastern Thai Issan dishes. A small rotation of classic dishes remains on the menu, but you really want to get digging into the laab and grilled meats that Ninsom says are favorites of his mostly Northern Thai staff.

The kor muu ($10 for four ounces), a grilled kurobuta pork jowl, had the texture and taste of a perfectly juicy pork chop, smoky and sliced into strips with cilantro and little gem lettuces, all ready for ample dipping in chili sauce, while grilled head-on Hood River spot prawns (three for $11) are served flayed open, ready to have their succulent bits picked out.

The laabs—a spiced-up salad of chili flake, scallion, shallot, herbs, kaffir lime, garlic oil, fish sauce, and toasted rice powder—were uniformly a treat. The lab ped ($15) was a splurge into a rich concoction of Muscovy duck laab, duck liver, and Vietnamese coriander that disappeared shortly after arriving at the table.

Drinks, which have always been a bit of a low point at Ninsom’s restaurants, get a huge pick-me-up from bartender Evan Zimmerman, whose Asian-friendly blends refuse to go too sweet. We loved the City by the Sea ($11), with a savory wakame-infused Genever blended with wispy cucumber syrup, lime juice, and egg white, and the tart Waterfall ($9), with cucumber-infused soju balancing an apple-pear-ginger shrub and lemon.

Issan nights launched in June, and Ninsom hasn’t said how long he plans to keep it going. I say: Here’s to a full-fledged takeover.

Pok Pok LA is no more, but Andy Ricker continues to expand his Thai eatery, scattering iterations of it around the city and country like pieces in Risk (we can consider the still-standing Pok Pok NY his Siberia).

Consider Northwest Portland now conquered, with the opening this spring of Pok Pok NW in the former Bent Brick space on Northwest 17th and Marshall. Owing to the fact it’s all fully indoors in a brick building, the Northwest location loses some of that shanty-town feeling the original brings, although the brightly colored tablecloths are still there.

The menu doesn’t vary from the Southeast location, with a few exceptions like a miang kham appetizer ($8), consisting of five betel leaves propped in a test tube holder filled with diced ginger, lime, Thai chiles, peanuts, toasted coconut, shrimp floss, shallots, and served with a sweet tamarind dipping sauce. The result was so spicy as to be nearly inedible—just one would suffice for the group, and then only if you want to feel the heat from some of Ricker’s other super-spicy dishes less by comparison.

There’s a missed opportunity in not differentiating more between the two restaurants—I know Ricker and his chefs must have more up their sleeves—but the old favorites like the turmeric- and dill-laced Cha Ca “La Vong” catfish ($15.75) and those spicy Ike’s wings ($15.75) are humming right along. The best thing about the new location is that they take reservations, sparing you the usual hours-long wait on Southeast Division.

Tags: Food and Drink Andrea Damewood Last Supper Eat and Drink Guide Fall 2017
If you enjoy articles like this, please help the Mercury continue our mission of providing up-to-the-minute information, progressive journalism, and fun things to do in Portland by making a small recurring monthly contribution. Never forget: Your help is essential and very much appreciated!
CONTRIBUTE NOW 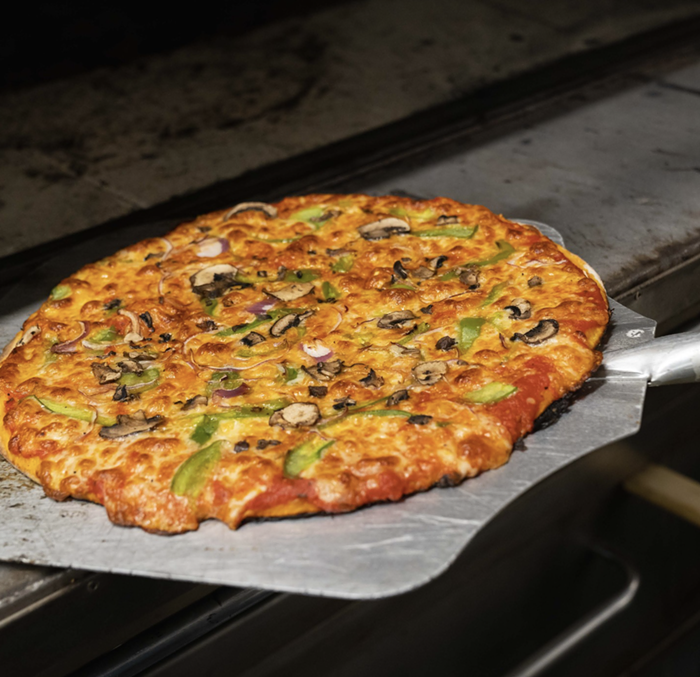 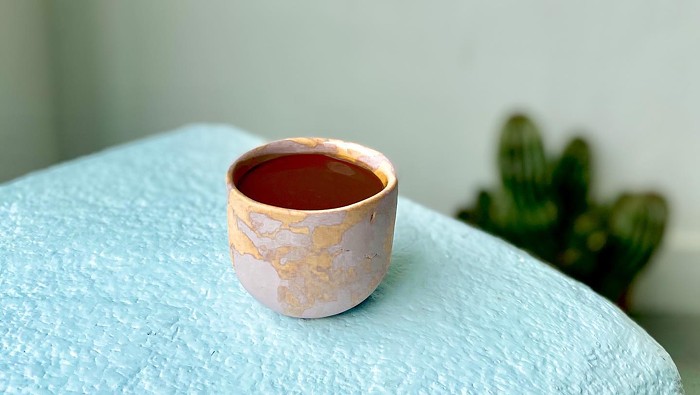